CEO Mette at the UN 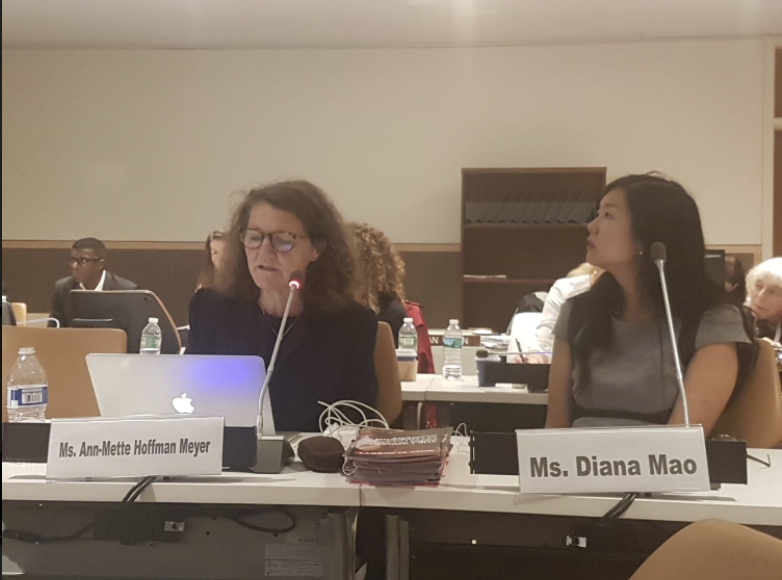 THE WHY’s CEO and Executive Producer Mette Hoffmann Meyer has spent the last week in New York, advocating the end of modern slavery in the United Nations. One year ago, our WHY SLAVERY? Campaign was launched at the General Assembly together with Shandra Woworuntu, member of the US Advisory Council on Human Trafficking and founder of the non-profit Mentari, that works with survivors of slavery. This year, we returned, with the goal to raise awareness on modern slavery, and what can be done about it.

Mette has had lucrative talks with filmmakers, diplomats and representatives from other NGO’s, as well as being a speaker at the GSN conference. The WHY SLAVERY? Campaign, that will launch in October 2018, raises important questions about modern slavery and its prevalence in our globalised economy. Since the issue is multidimensional, it is crucial to have an ongoing dialogue with lawmakers, representatives from NGO’s, and survivors, to ensure it is addressed on many levels. No single government can resolve a problem this important and challenging by itself, which is why we are so happy that the meetings Mette has had in the UN have been lucrative and successful.

We are also happy to announce that we have signed a contract with the broadcaster Fundaso in Mozambique, for 70 films from our WHY SLAVERY, WHY POVERTY, WHY DEMOCRACY and WHY STORIES series. THE WHY’s mission in the UN was to raise awareness on modern slavery, and our key approach to do this is distributing documentaries that inform about the issue. The contract Mette has signed with Fundaso will give the people of Mozambique access to quality investigative documentary films not only about modern slavery, but also from our previous projects. By informing about human rights violations, THE WHY wants to create awareness and start a discussion about how to stop them from happening.