FILM OF THE MONTH: Please Vote for Me 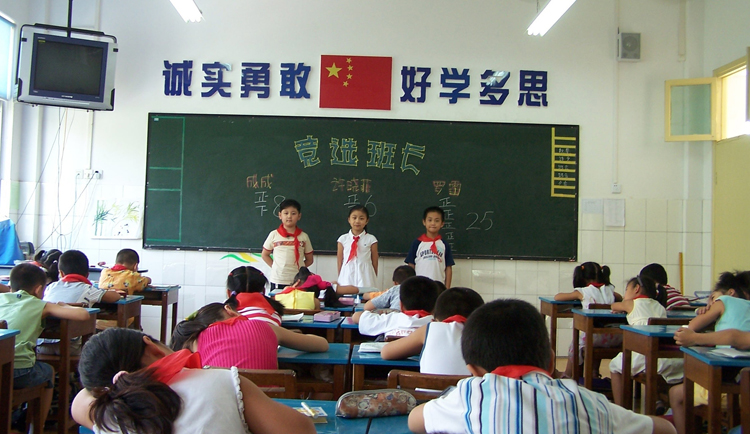 This February, we have chosen our award-winning WHY DEMOCRACY? film Please Vote for Me as our film of the month.

Please Vote for Me follows a mini-experiment in democracy with the first ever elections for class monitor in a 3rd grade class in Wuhan, a city in central China. This film offers an amusing look at the democratic voting process, through the lens of three 8-year olds as they compete for the coveted position of class monitor, abetted and egged on by teachers and doting parents.

In China, ‘elections’ only take place within the Communist Party, this one-party rule thereby excluding the possibility of democratic choice. As the Director Weijun Chen writes; “As a Chinese citizen, democracy remains a deep and heartfelt longing”. Despite its humorous tone, Please Vote for Me invites you to seriously examine the challenges to the implementation and practice of democratization not only in China, but around the world.

Posing critical questions about the democratic structures of our society remains as relevant as ever as our news media is filled with crises of democracy around the world. A pertinent example of which is in Venezuela, where tens of thousands of people gathered to support early elections on February 2nd. In May 2018 Nicolás Maduro won re-election, in an election where coercion and vote rigging were widely reported, and he has since been under fire for undermining democracy in Venezuela.

The hilarity of the classroom election in Please Vote for Me probes for a deeper questioning of the function and operation of modern democracies around the world. The film encourages us to strive to improve the political structures that make it possible for active citizen engagement and participation in the political sphere. To create true democracy we can not only pay attention when our democracy is in crisis. As director of the movie, Weijun Chen, says: “Democracy should not only be a political or a legal system and should not merely be about making a choice and casting one’s vote”. We couldn’t agree more - and we’re excited to share this film with you as a pertinent reminder of the need to fully participate in our democratic processes.

You can find the full film under the 'Watch Films' section on our website, or on our YouTube channel.