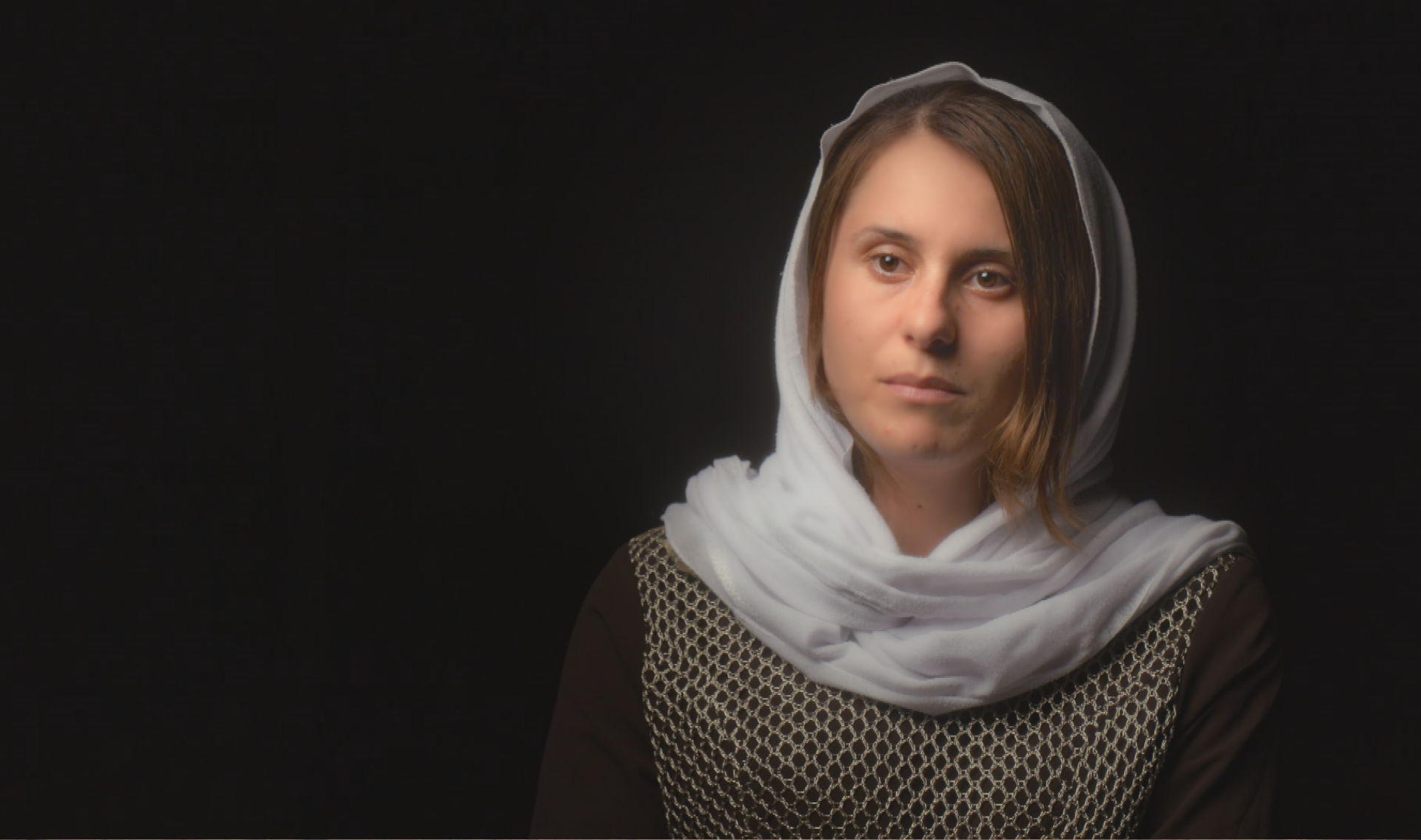 Still from
"
I Was A Yazidi Slave
"
By
Cecília Tümler

At age 35, Mary Kibwana flew from Kenya to Jordan hoping to get a job in order to build a better life for her and her family. After spending some time employed as a domestic helper, Mary finds herself back in Kenya in a wheelchair, due to a labour incident that would ultimately take her life. Mary’s story is not unique thousands of migrant workers  are exposed to similar mistreatment every day across the Middle East, a hotspot for human trafficking and inhumane working conditions. Worldwide, it is estimated that 40.3 million people are victims of human trafficking.

On the consecutive Sundays, the 12th and 19th of July, Mary’s and other women’s stories are going to be told to audiences  in the region with the broadcasting of two documentaries on the topic. Produced by THE WHY Foundation, the films “Maid in Hell” and “I was a Yazidi Slave” are going to be aired by Al Jadeed TV in Lebanon, thanks to a partnership between the organisations.

In the case of “Maid in Hell”, the broadcast gets even more importance considering that Beirut was one of the cities where it was documented. “I hope the screening will contribute to a discussion on how to change things - and how to improve conditions for maids going to Lebanon. Right now, there are really too many cases of harassment - it needs to change.”, reflects Søren Klovborg, director of the documentary. Moreover, the challenge in combating human trafficking in Middle Eastern countries is that the governments deny that there is a problem.

Part of the project WHY STORIES, the two documentaries are award-winning productions that were dubbed into Arabic and donated to Al Jadeed. The action is part of the core activities of THE WHY Foundation, a Danish non-profit media organisation that fights to secure access to information around the globe.

According to Mette Hoffmann Meyer, CEO of THE WHY, the event is especially important considering the urgency of addressing human trafficking, and modern slavery in the Middle East. “Raising awareness about the problem and getting the population aware that it exists are the first steps to tackle it. This is the primary action to spread human rights around the world and make sure that we work in the direction of the UN Sustainable Development Goals”, explains Hoffmann-Meyer.

Al Jadeed has partnered with THE WHY Foundation since 2014, thanks to the initiative of dubbing the documentary films into Arabic. Dubbing is one of the most important tools to guarantee that local communities all over the world, since ‍It is estimated that about 50% of the world’s population can only speak one language.

Check the times of the broadcasts:

WHY STORIES is an annually curated series of inspiring, compelling and thought-provoking documentaries about the world we live in. With 20 new films per year, the series is distributed by THE WHY Foundation on a global scale, based on the premise that all people everywhere have the right to free and accurate information. The fifth season of the series has reached an estimated audience of 200 million people per film. One of the biggest aims of the series is to ensure that local broadcasters in underserved regions have dubbed versions of the film – in their local languages.

Find out more about the WHY STORIES here.

Founded in 2004, The Why Foundation fights for equal access to information and knowledge by producing & donating fact-based documentaries to underserved countries. Engaging our extensive network of broadcasters, filmmakers and journalists, THE WHY now reaches more than 200 countries and territories with over 70 television broadcasters, local non-profit organizations, and schools. Find out more about THE WHY here.

Partner of THE WHY Foundation since 2014, Al Jadeed is a Beirut-based TV channel. The channel is also among the three TV stations in the country that are not owned by the government or any political parties.