‘Selling Children’ Back to the Source - Screenings in Rural India 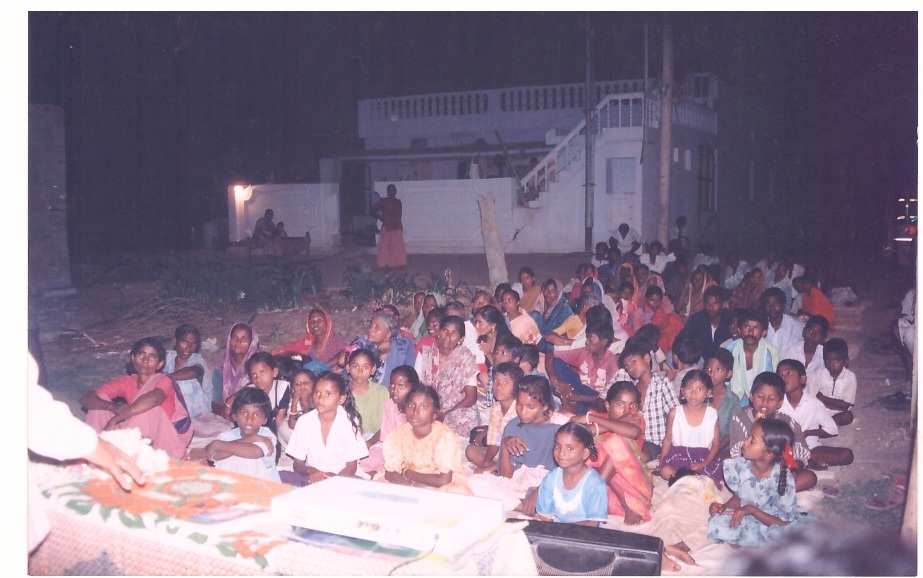 In Kurnool district human trafficking is widespread and the wider region of Andhra Pradesh has the second highest trafficking record in the country.[1]By working with the communities most vulnerable to these practices and utilizing THE WHY’s films as a resource for dialogue, NCT aims to raise awareness and deepen understanding of this pervasive issue.

Screening the film to around 2000 people from local Dalit communities, New Beginnings sought to bring to fore the realities women sent from their communities face in the hopes of finding employment.

People were easily able to identify themselves with the documentary and it helped the audience to question what happens to their own women and adolescents sent on employment. The group is now aware and educated on what actually happens to their children and women when they are sent away.‍

THE WHY are proud to work in partnership with NGOs like NCT, whose important work at the grassroots level is invaluable to the eradication of modern slavery.  By working with NCT, THE WHY are actively working towards our mission to provide free and impartial information to communities that lack access to high-quality media.

Although the complex issues faced by communities such as the one in Nandyal cannot be solved overnight, we believe that by disseminating documentaries we are able to inspire dialogue, breed empathy and ultimately catalyze change in the long term.

You can watch a short version of SellingChildren here. However if you or your organization are interested in hosting a screening yourselves, please feel free to be in touch with us at: whyslavery@thewhy.dk