Screening at Mwanga Institute in the Democratic Republic of Congo 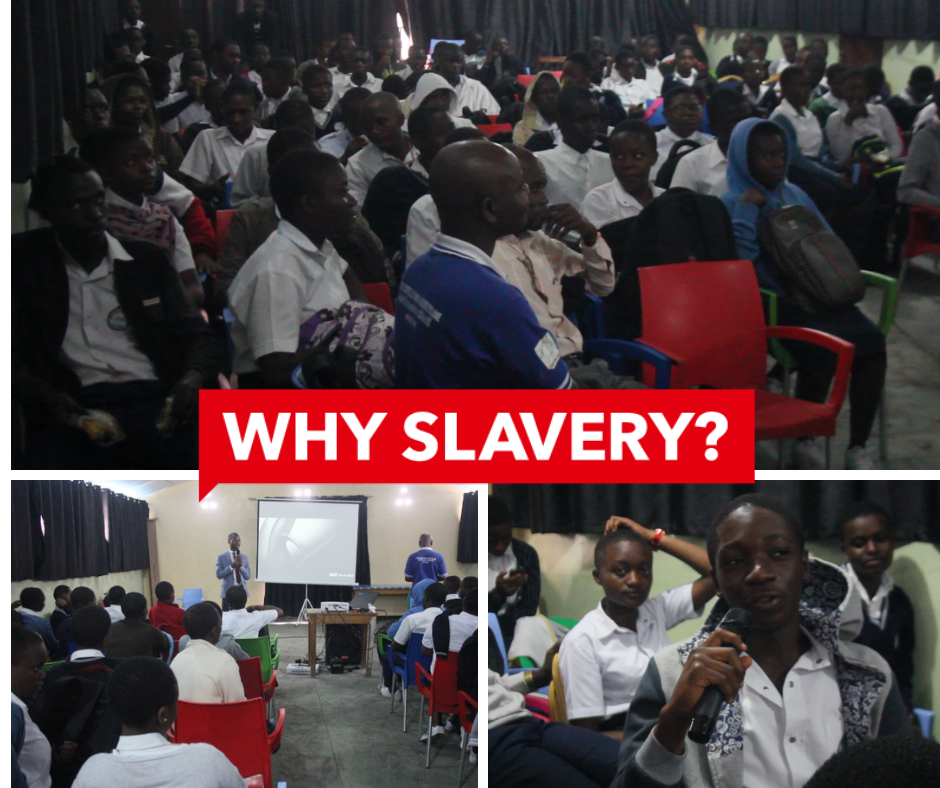 The Why organised a WHY SLAVERY? screening at the Mwanga Institute in the Democratic Republic of Congo in collaboration with COSCAE, La Coalition des Organisations de la Société Civile Anti-Esclavagistes (The Coalition of Anti-Slavery Civil Society Organisations).

156 students were invited to a special screening of the WHY SLAVERY? film Maid in Hell, hosted by 11 anti-slavery civil society organisations. The emphasis of the event was to address the contemporary forms of slavery that still exist today, and empower the students to fight against it. Prior to the film, a presentation of the organisations involved in COSCAE, as well as an explanation of the issue of modern slavery and its many different forms, was held.

After the screening, the students had the opportunity to comment on the film, ask questions and think through how modern slavery can be best addressed. The organizers of the event commented on the students reactions and the discussions held after the film screening:

“In unanimity, the students committed themselves to furthering the fight against slavery through community mobilisation. They recommended that COSCAE to continue the dissemination of the film in order to spread the word on and denounce the abuses and practices of modern slavery committed by the perpetrators in the film. The responsibility remains shared, the Executive Secretary of the COSCAE recalled, in regards to the eradication of modern slavery. The government, the justice system, civil society, NGO’s and the public have a great role to play in the fight against slavery.”

Engaging students and young people is one of the most important parts of The Why’s work. When we reach the policy makers, activists and civil servants of the future, we have a real chance to affect the political decisions being made on such prescient issues. We are very happy to have collaborated this closely with COSCAE, and we look forward to continuing our partnership over the coming months.