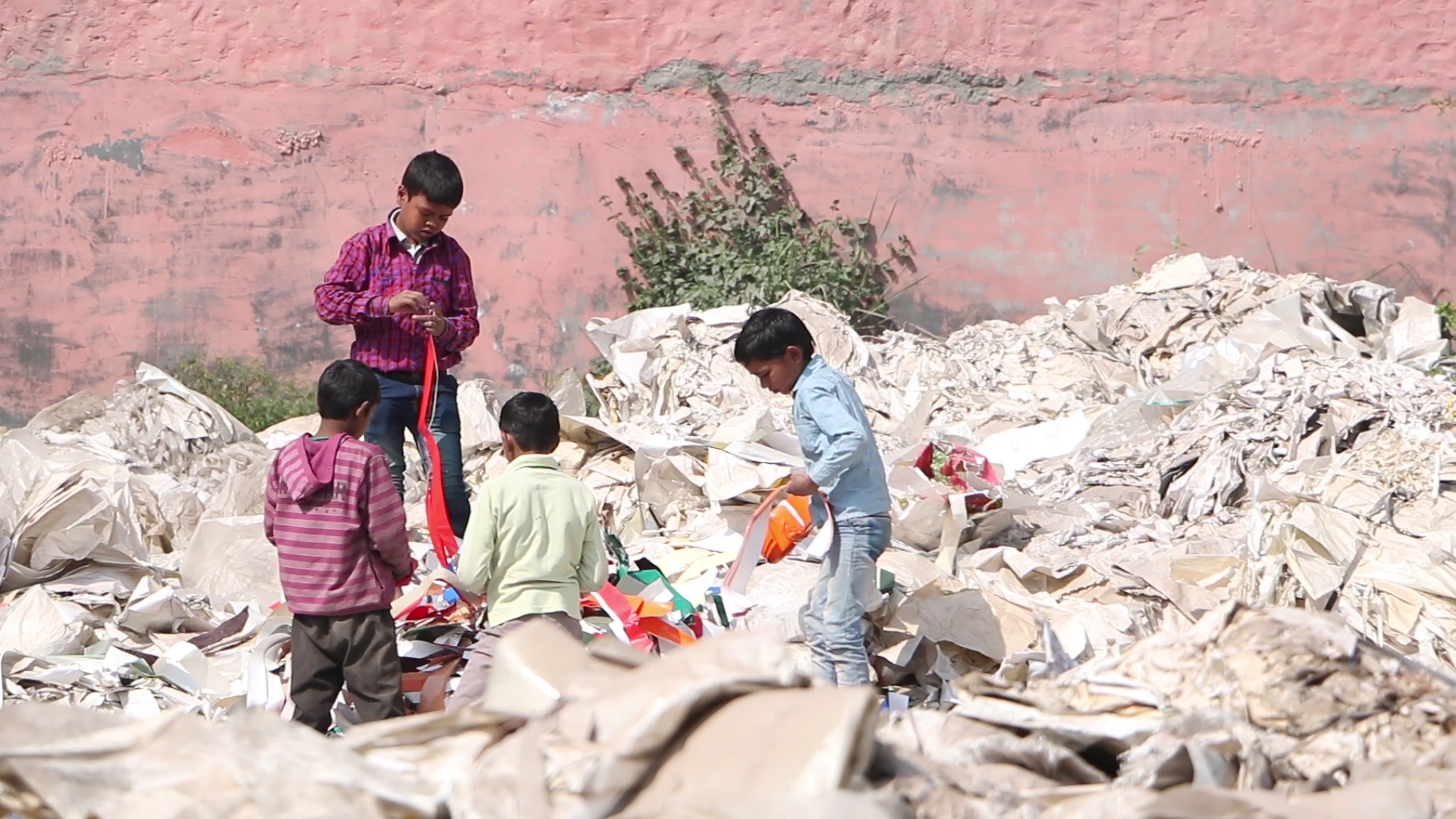 New Beginnings Charitable Trust is a human rights organization working with underprivileged communities and caste-based slavery in the region. As our WHY SLAVERY? outreach partner, the organization set up screenings of Selling Children in the villages of Govidapalle and Yellavathala in the Kurnool district to community groups vulnerable to child trafficking.

Responses to the screenings were revelatory and reflected the realities faced by communities confined by their socioeconomic status. Feeding back from the event the organizer’s stated that:

“It was an eye opener to the community. The community was not much aware of such things happening to their children, girls and women. Many women cried seeing the documentary film and wondered whether their own daughters were also in flesh trades or their sons begging and working as slaves”

The film encouraged discussion, culminating in an acknowledgement of the devastating effects of child trafficking practices with parents pledging to protect their children from this fate. Convinced that there was no justification for sending children to work, the community nevertheless voiced the need for vocational training for adults, as well as strengthened counselling and resources for families vulnerable to these practices. Additionally, as the film Selling Children explores, in the absence of these structural changes, it was difficult for the community to imagine how families can sustain themselves without relying on the problematic practice of child labour.

Reaching out and engaging people who otherwise would not have access to high quality documentaries is a central part of THE WHY’s ongoing work and our partnership with New Beginnings is tantamount to this fact. Without the dedication of our partners we would certainly not have the reach that we do, nor would we be able to generate the same level of engagement and dialogue that has been achieved in this case. We have been humbled by the response of the Govidapalle and Yellavathala communities and feel proud that this film has given rise to much needed discussions of these pressing issues.

We look forward to our ongoing collaboration with New Beginnings and making steps towards the elimination of all forms of modern slavery both in India and beyond.