Special Screening with the Spouses of Ambassadors to Denmark 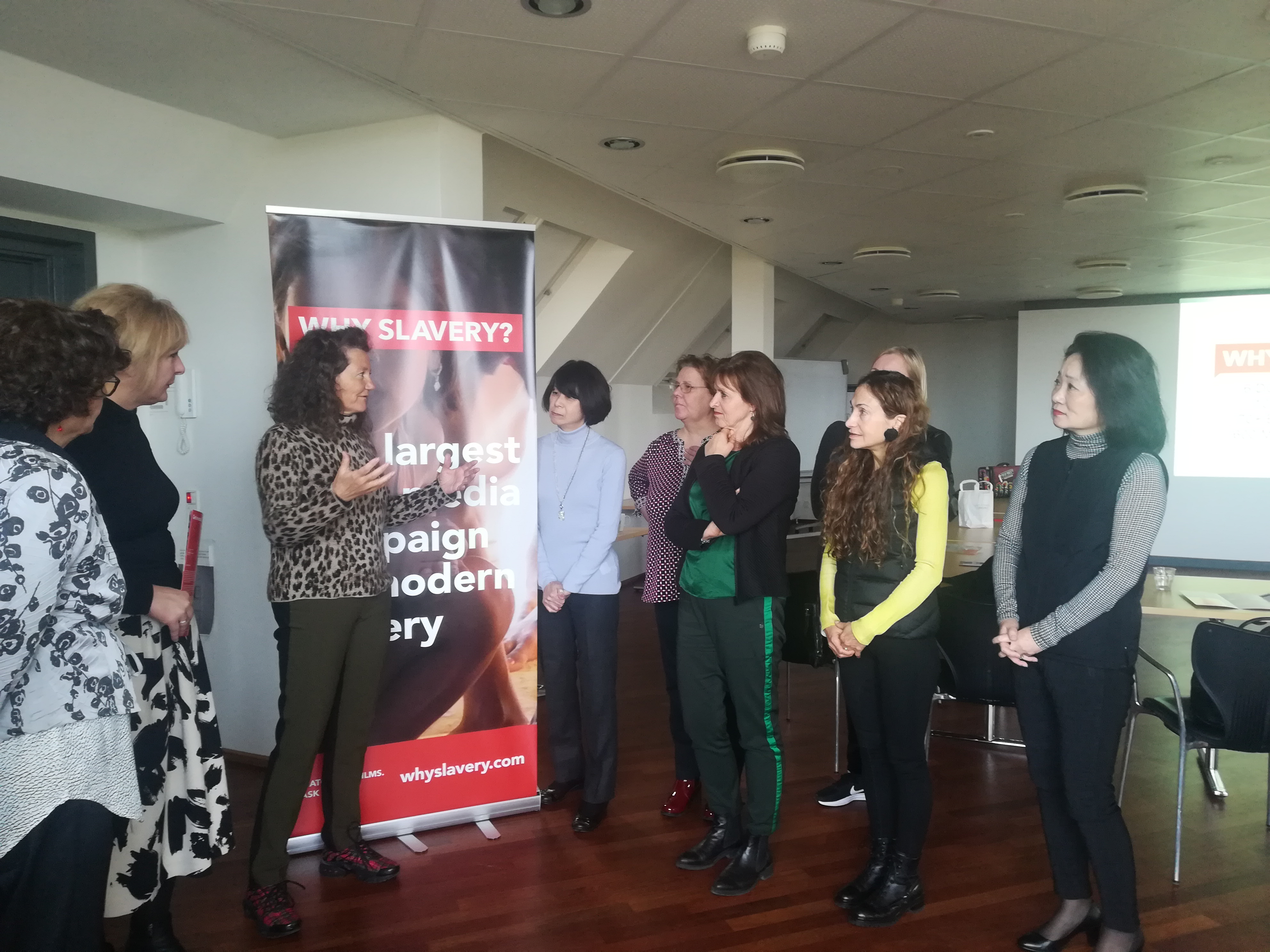 On Wednesday the 13th of February The Why proudly hosted a special screening of our WHY SLAVERY? film Maid in Hell for the Spouses of Ambassador's to Denmark. Our guests hailed from different countries around the world; including Israel, Argentina, S. Korea, Iceland, Armenia, Netherlands, Switzerland, Bosnia Hertzegovina, Japan and Pakistan. We were pleased to host such a diverse, international audience and believe it's a real testament to the strength of the film that our guests were unified in their response of shock and dismay over the trafficking and exploitation of migrant domestic workers. Several of our guests emailed us to explain the powerful impression it had made on them, as one commented:

"thank you once again for the inspiring and thought-provoking screening"

The screening of Maid in Hell was complimented by an introduction by The Why's CEO Mette Hoffmann Meyer about the important work that we are undertaking to ensure our films reach millions of people around the world. We focus our outreach efforts on reaching people living in the world's most undeserved regions - where poverty and censorship prevent many from accessing free high-quality journalistic content. We were pleased that so many of the women supported this initiative and recognized its importance in a time where public media is in crisis.

We're excited to see where conversations made at the screening  lead and to hopefully host more events with the Spouses of Ambassador's Group in the future.