THE WHY advances human rights at UN City 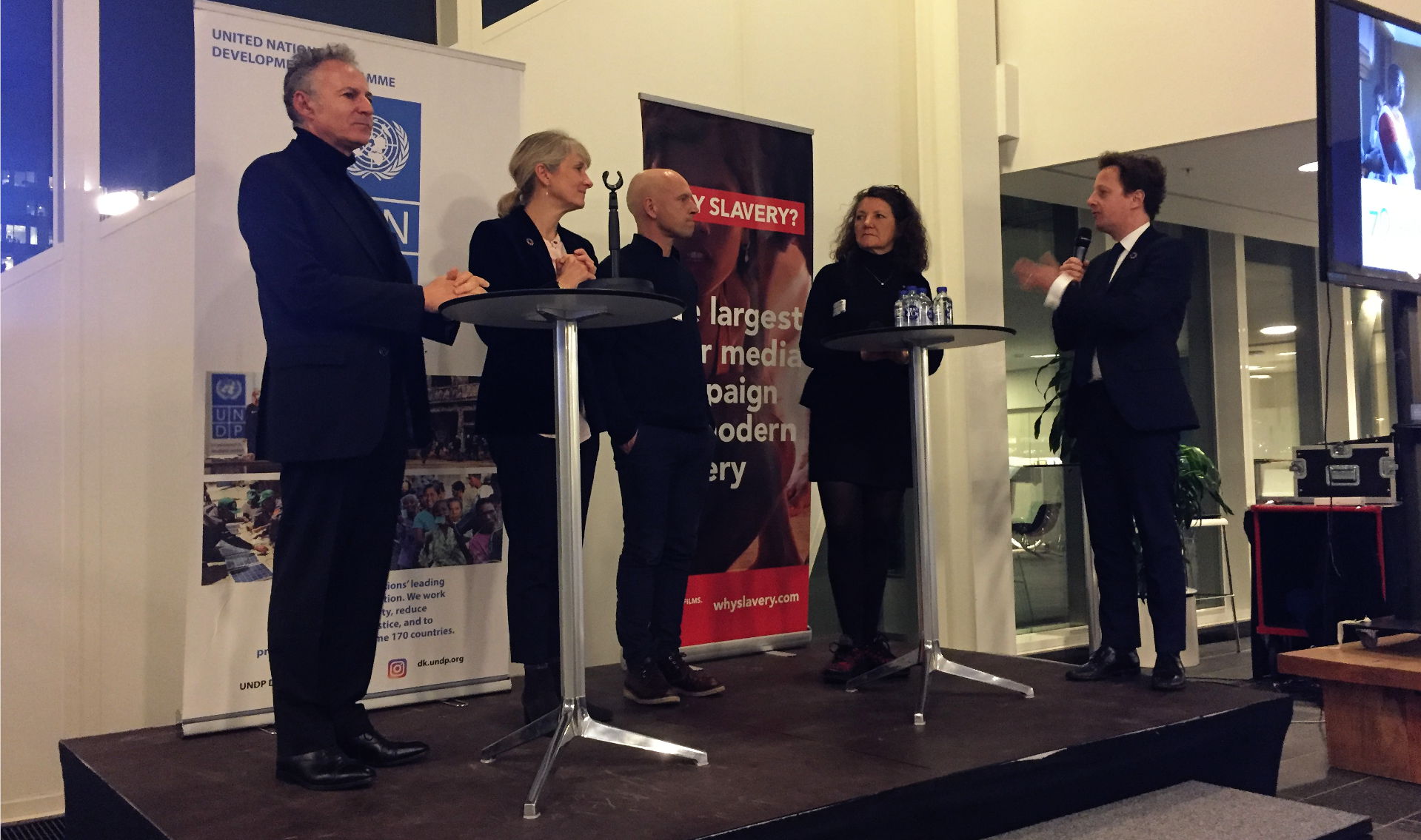 The 10th of December marked the 70th anniversary of the Universal Declaration of Human Rights. In 1948, with the atrocities committed during the Second World War fresh in memory, the declaration, drafted by representatives from all over the world, set out to protect the equal and universal rights to human dignity. Since then, progress has been made on many areas included in the declaration. Yet, the 10th of December is not only a day of celebration, it is also a day to remember that all battles have not yet been won.

The Why was invited to host a screening of the WHY SLAVERY? Film Maid in Hell, followed by a debate on modern slavery, which is explicitly included in article 4 of the declaration:

No one shall be held in slavery or servitude; slavery and the slave trade shall be prohibited in all their forms.

‍Included in the program were speeches held by the Director of the United Nations Development Program Nordic Office, Camilla Brückner, human rights lawyer and former French Ambassador for Human Rights, François Zimeray,  and The Why’s CEO Mette Hoffmann Meyer. After the film screening, director Søren Klovborg joined the panel to answer the audience’s questions about how to address the exploitative labour system in the Middle East presented in the film, known as “Kafala”.

The panel shared the perception that this complex issue is closely related to poverty, and that creating opportunities closer to home for the women who choose to travel to the Middle East is an important step. They also discussed the importance of having access to information, since without having knowledge of your rights, it is impossible to demand that your employer follows them. Former French Ambassador for Human Rights, François Zimeray said:

“The first thing you should do in terms of human rights, is to tell people that they have rights, because they simply don’t know. And this film is very important for that, and showing it widely is very important. “

This is where The Why’s work can have a real impact. With our broadcasting partners in large parts of Africa as well as in the Middle East, these stories get heard by women and men that are affected by and participating in the Kafala system.

We want to thank the UN for inviting us to host this screening, as well as everyone who came and asked critical questions. It is important that we never feel content with what we have done so far, but always strive to do more.