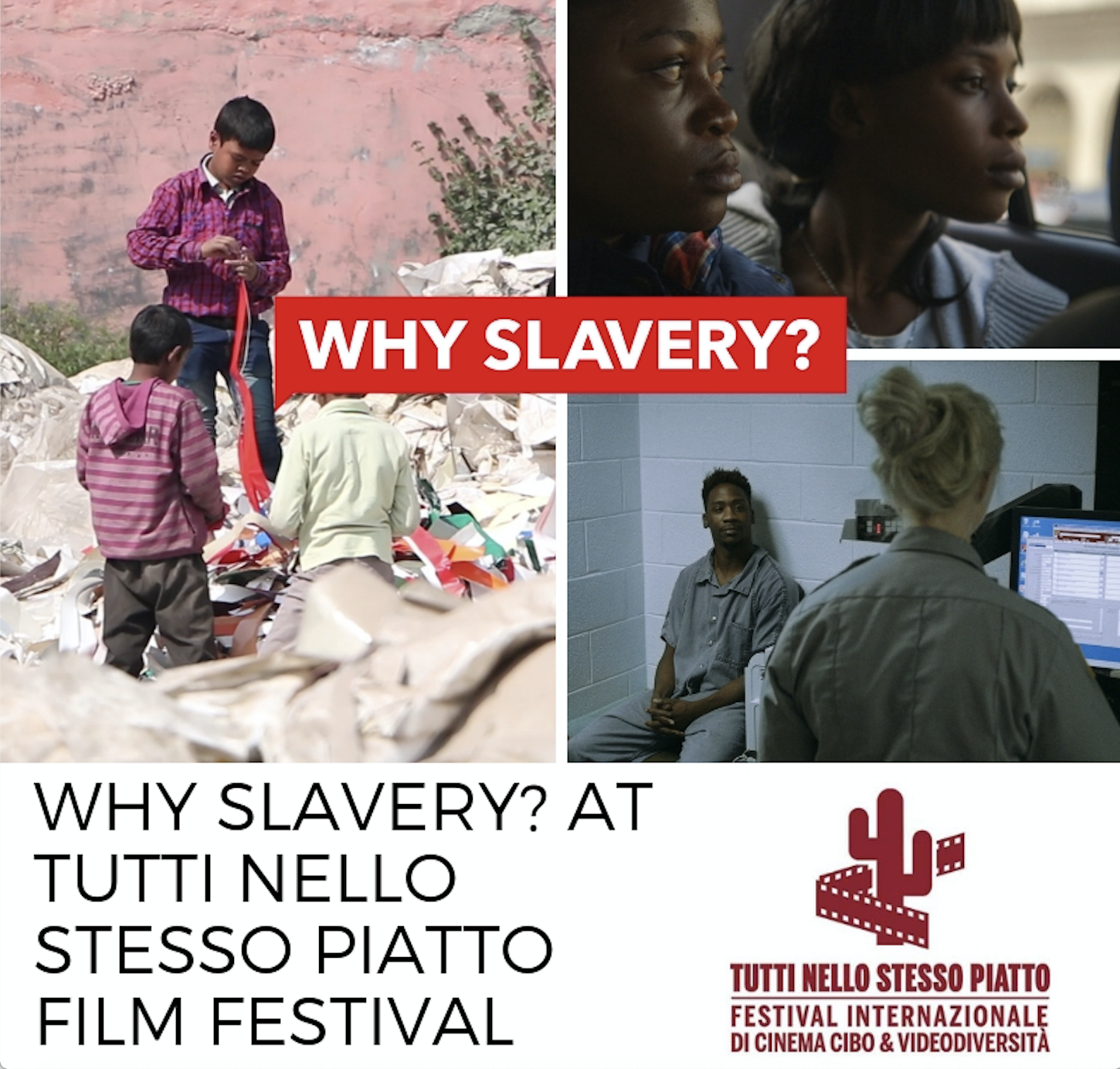 This week, the film and food festival Tutti Nello Stesso Piatto is premiering in Trento, Italy. The festival will be screening more than 30 films during three weeks, including 3 WHY SLAVERY? films. The films that are selected for the programme are Maid in Hell, Jailed in America and Selling Children.

Tutti Nello Stesso Piatto is arranged by fair trade advocate Mandacarù and Altromercato, one of the most important fair trade organisations in Italy and in Europe, and aims to be the intersection between the food and the cultural industries. Its main focus is on food security, the effects of multinational corporations on sustainable development and the environment, and how films can be an important medium in uncovering the truths behind the sometimes vicious practices that lie behind what we put on our plates.

With the festival’s strong emphasis on fair trade, the WHY SLAVERY? films are an important contribution to highlighting how people are being exploited to provide businesses, governments and ultimately, consumers, with cheap goods and services. Jailed in America covers the forced labour in the US prison system, Selling Children unveils how child labour is still a lucrative industry in India and Maid in Hell investigates the tragic reality of forced domestic work in the Middle East.

On their website, the organisers of Tutti Nello Stesso Piatto Festival write: “We can set change in motion, even if it’s just by going to see a film.” We agree. Getting informed is the first step of creating lasting change. When we know what the problems are, we can come up with solutions.

‍Are you in Trento?

Check Tutti Nello Stesso Piatto’s program for more information about the festival and the screening dates.