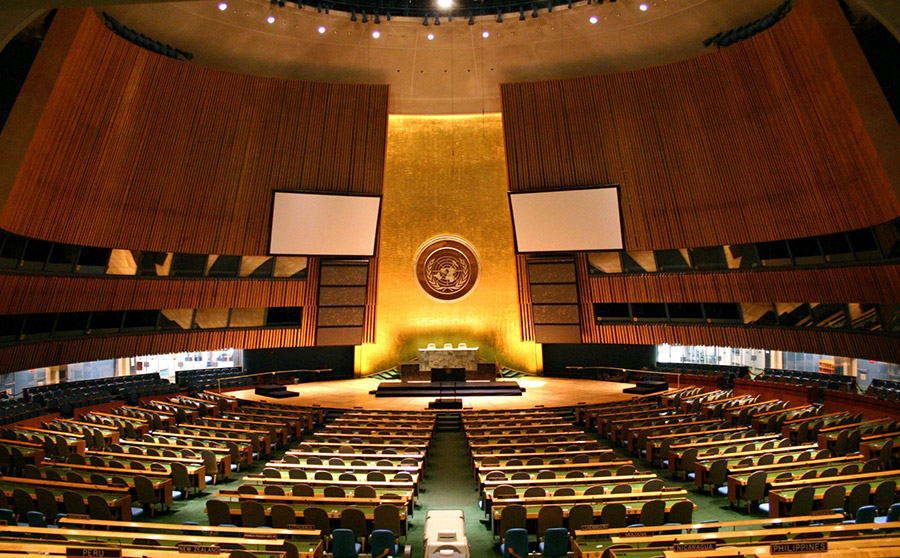 The launch event will present a unique collaboration between UN member states and THE WHY. THE WHY is a Peabody award-winning media organisation that systematically uses high quality documentary films to combat unequal access to information in 191 countries and to put pressing humanitarian issues on the international agenda. An estimated 40.3 million people live in some form of slavery today. Whether kept hostage as domestic servants; trafficked to feed the sex industry; or children sold to work in mica-mines or on tea plantations – modern slaves are found in all countries in the world and overwhelmingly affect the poorest people in our society. The UNGA 72 high-level event will shed light on women and children living in slavery today, and address the importance of public engagement in changing the status quo.

The launch includes statements by distinguished representatives from the host nations and the United Nations, a keynote speech by Yazidi activist and survivor Shireen Ibrahim and an expert panel discussion with representatives from The Freedom Fund, Thomson Reuters Foundation, Mentari Human Trafficking Survivor Empowerment Program, UN University and PBS. The discussion will be inspired by documentary film clips and the recently launched Alliance 8.7 2017 global estimates on modern slavery. The day is moderated by BBC journalist Zeinab Badawi.

The event is co-hosted by the Permanent Mission of Hungary, the United Kingdom and Denmark to the United Nations, THE WHY Foundation, the Danish Broadcasting Corporation (DR) and BBC. The WHY SLAVERY? campaign will feature 6 films (currently in production) that shed light on the millions of lives lived in slavery across the world. Through THE WHY’s unique distribution network of 70+ national broadcasters, including the BBC and CNN, we have the ability to reach upwards of 600 million people when we air in the Spring of 2018. The series will ensure that as William Wilberforce said in 1792: “You may choose to look the other way but you can never say again that you did not know.” Founder and CEO of THE WHY, Mette Hoffmann Meyer, says: “We want to ensure that all people know about slavery today. Modern Slavery affects 40 million people and is one of the gravest human rights violations of our time, but most people don’t know. Even if they know about slavery they do not always realise it is systemic and affects all of us. Since 2015 we have been working to change that.

In spring 2018 we will launch Why Slavery? to reach hundreds of millions of people through our many national broadcast partners; to tell them about slavery today. We are proud to work within the UN framework and to help reach the global goals by making sure that people know. The more people know the better able they are to make informed decisions and good choices. That is how we make a change.” Social Media Suggested social media posts for the Why Slavery? Series – Thursday, 21 September Twitter: @TheWhyFound and @Denmark_UN are launching the largest-ever media campaign on modern slavery. Learn more and support: www.thewhy.dk Facebook: THE WHY launches the largest-ever media campaign on modern slavery — starting a global discussion about modern slavery between politicians, global influencers, journalists and citizens. Learn more and support here: www.thewhy.dk
For outreach at the event it is recommended to use the following: Handles: @TheWhyFound @Denmark_UN – Hashtags: #WhySlavery #UNGA72