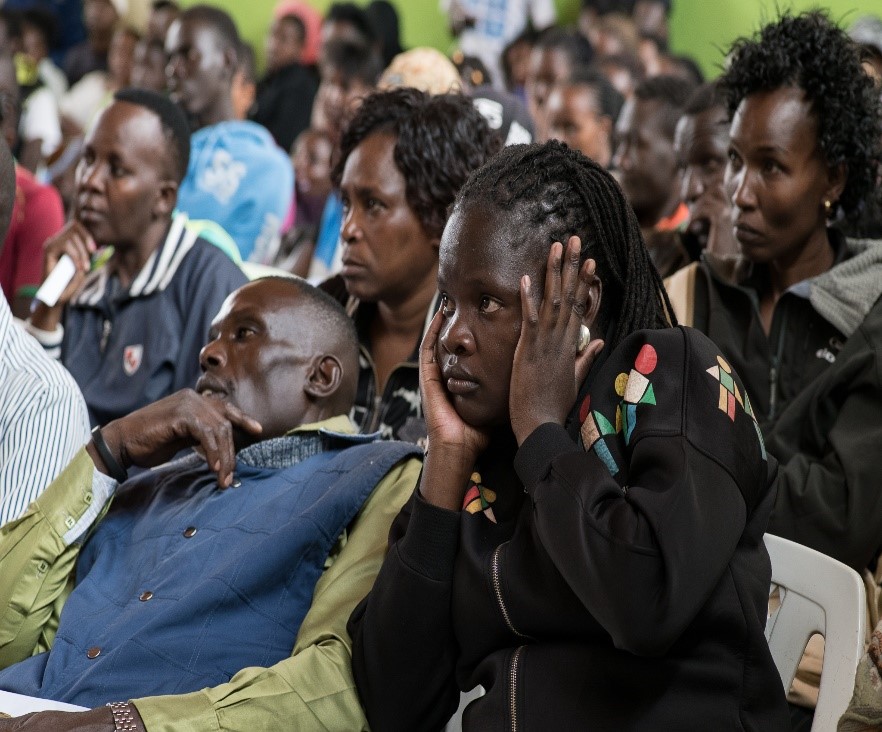 The aim of the WHY SLAVERY? documentary series was built on the idea of the famous abolitionist William Wilberforce:

“You may choose to look the other way but you can never say again that you did not know.”

Our series aims to ensure that everywhere people not only know about the many guises of modern slavery, but can use this information to take meaningful action towards its eradication. This is why we work closely with non-profit organizations around the world who share the same commitment to our mission. We're so proud to see our vision realized through our latest collaboration with HAART: Awareness against human trafficking Kenya.

HAART is a Kenyan-based non-profit organization which work towards the eradication of modern slavery in Kenya and East Africa. They have a three-step approach to achieving this through; 1-the prevention of trafficking, by raising awareness, 2- the protection of victims, by providing holistic care and 3 - the prosecution of offenders, by getting lawyers for victims of the crime. We have worked with HAART, by donating our WHY SLAVERY? series to them, as a valuable educational tool as part of their awareness workshops around Nairobi.

We were pleased to get such excellent feedback from workshop participants, who were prompted to action by the films, as our report from the Eastleigh screening highlighted:

"[Following the screening of Maid in Hell] every participant agreed with the idea of coming up with a support group that will give them a platform to air what they are going through in their line of work as domestic workers. This will give them an opportunity to air some of their grievances and even get some psycho-social assistance. As they pointed out, they can also use this platform to teach others about this issue too."

The feedback from our Kenyan partners serves as a potent reminder of the unique power documentary films have to create momentum for change. We're incredibly proud that our documentaries are contributing towards this change in Kenya and are looking forward to continuing our collaboration with HAART to reach even more people across the region.

Our WHY SLAVERY? films have reached an estimated 500 people around Nairobi. We have made plans to extend these screenings to people across Kenya and East-Africa more broadly, thanks to the release of the dubbed Swahili versions of the films.