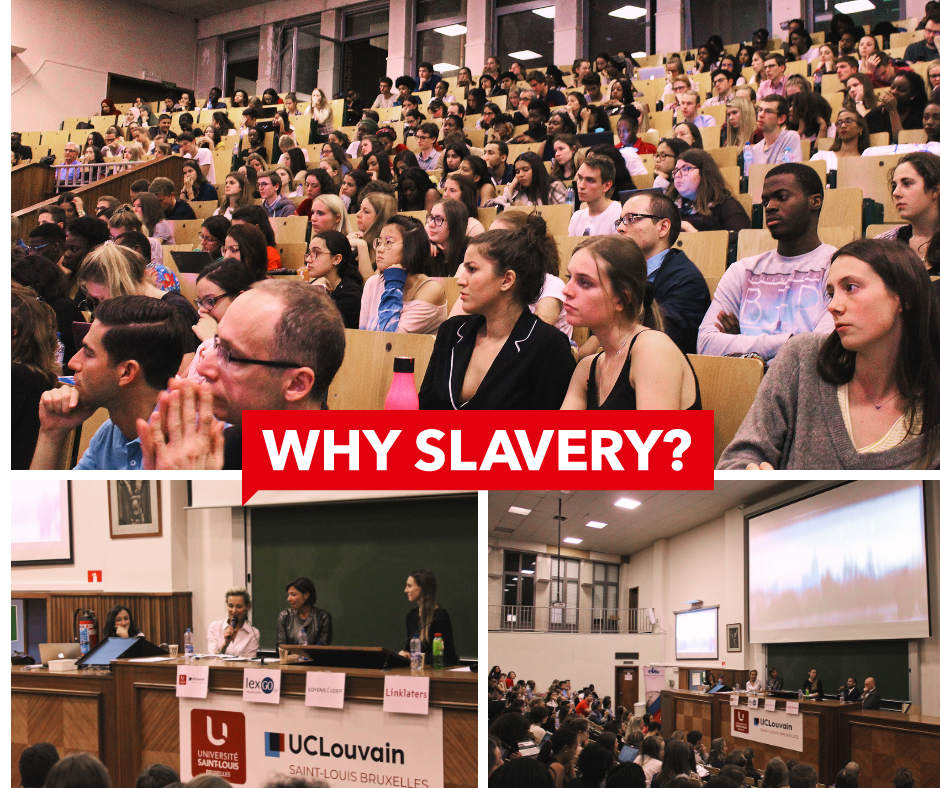 In collaboration with the WHY SLAVERY? Campaign, Samilia Foundation together with the St.Louis University Law Department hosted screenings of the WHY SLAVERY? short films and the feature-length film Maid in Hell,followed by a Q&A with experts in the field of human trafficking law.

The following short films; I was a Yazidi Slave, A Woman Captured, Storm Makers, Selling Children, One Bride Seven Cows or a Box of Heroin were selected to instigate discussion on the various manifestations of modern slavery. The initiative was particularly successful reaching 500 students in the law department. The screenings were accompanied by a Q&A with Charles-Eric Clesse, a Labour Prosecutor and Jean-Pierre Jacques a Lecturer at the University who specializes in human trafficking.

We are delighted that the WHY SLAVERY? series is being used to engage and inform budding lawyers about the lived realities of slavery through the stories of the survivors. This collaboration is a shining example of how documentary films can reach their full educational potential, through effective partnership with educational institutions such as St Louis.

We’re committed to ensuring that the WHY SLAVERY? documentaries continue to engage a broad cross sector of society; from students to decision-makers and human-rights defenders. If you’d like to join us in this mission and host a WHY SLAVERY? event then please contact us at: whyslavery@thewhy.dk