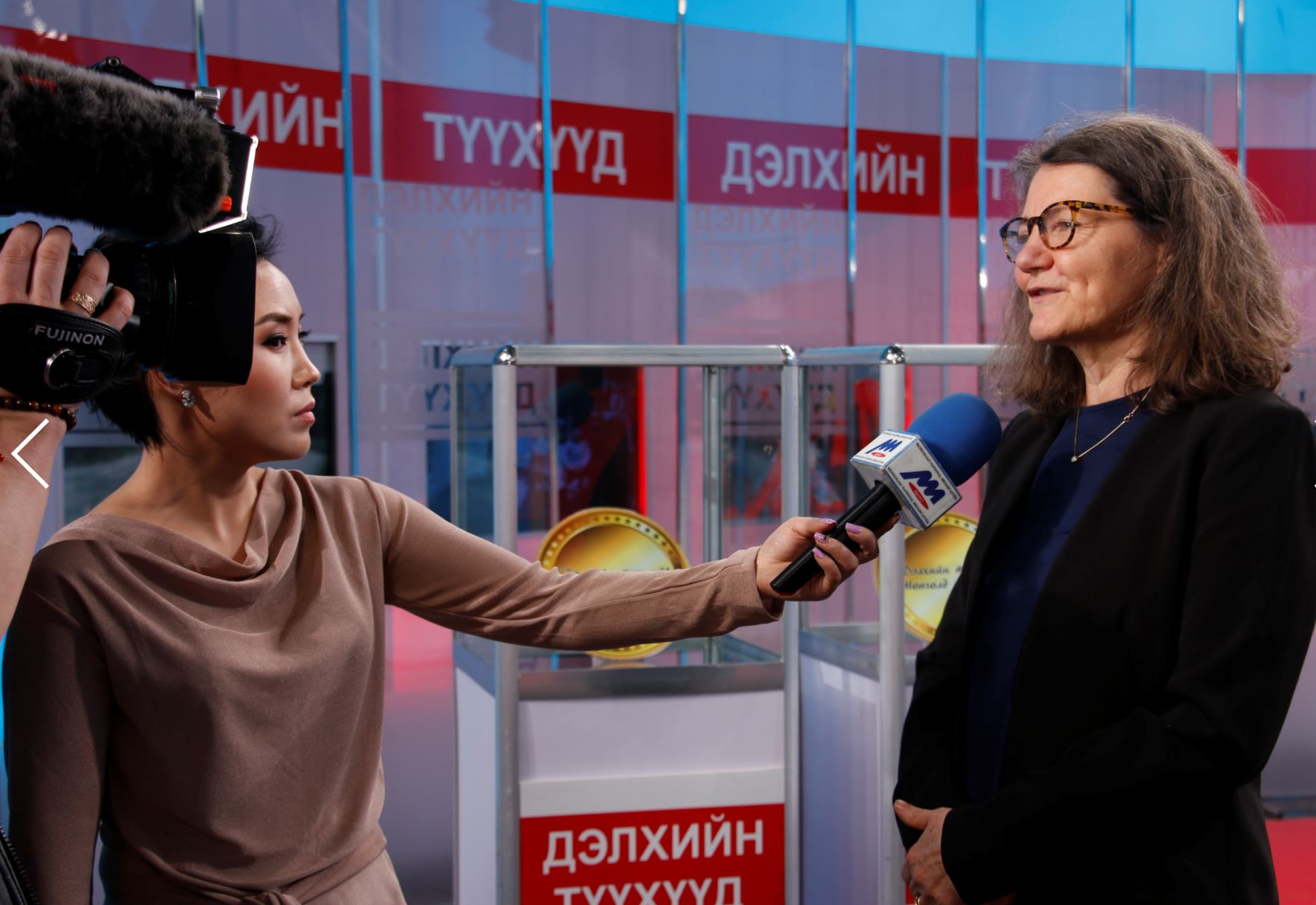 THE WHY is thrilled to announce its latest, East Asian partnership with Mongolian National Broadcaster–MNB. In honour of the stations 50th anniversary fifty four documentaries from our WORLD STORIES catalogue will be aired on the local television station as MNB’s gift to the people of Mongolia. Oyunchimeg Demchig, an MNB TV executive, has said this partnership provides a “great opportunity to fill a gap in the Mongolian TV market.”

An astonishing 94% of Mongolian households own a television meaning each WORLD STORIES film has great potential to reach a vast number of viewers with important messages about human rights and democratic process. In 2005 the state-run TV station MNB became a public service provider, however, the station is still new to the documentary world and is the beginning stages of providing factual programming for its large and diverse audience. We are therefore incredibly excited that the transmission of WORLD STORIES will be the first time ever documentary films are-publicly broadcast in Mongolia.
The official signing of the contract between MNB and THE WHY was covered on Mongolian national news (pictured below) in December last year. The first film is to be shown on MNB on March 2 2018 and subsequently four films will be shown per week. Titles include Rough Aunties by Kim Longinotto, Powerless by Fahad Mustafa, God Loves Uganda by Roger Ross Williams and The A Syrian Love Story by Sean McAllister.