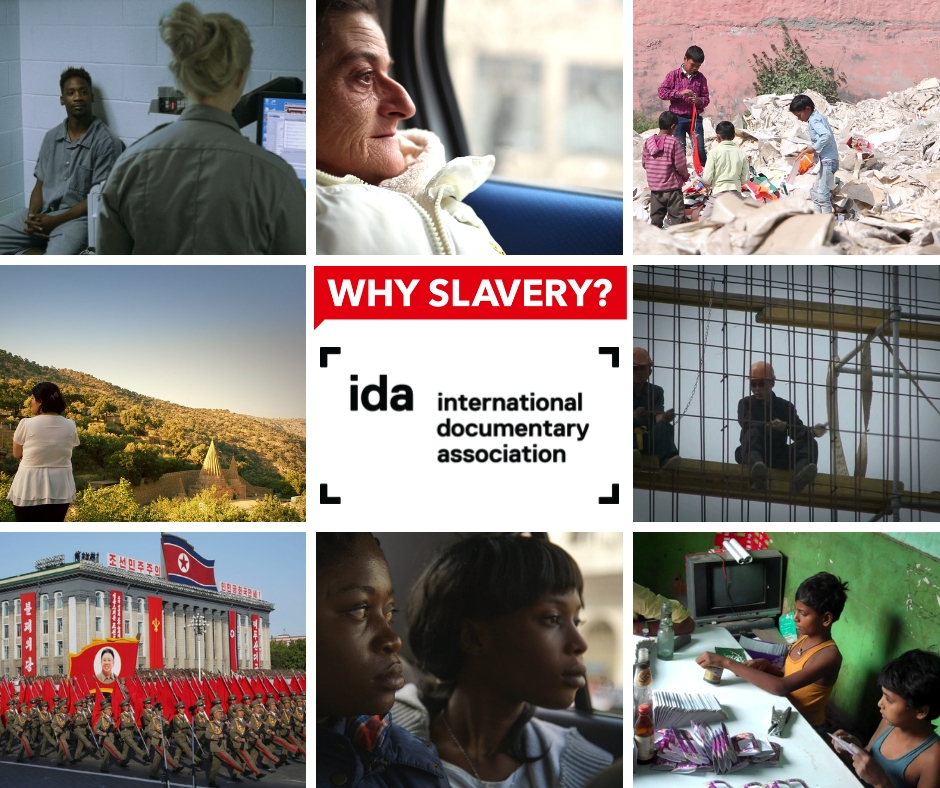 For over 35 years, the International Documentary Association has supported nonfiction filmmaking and filmmakers. They are dedicated to providing resources, creating community, and defending the rights and freedoms of documentary artists, activists, and journalists. Every year, they host the most prestigious award ceremony dedicated to the art of making documentary films. Here, the best non-fiction films, programs and series get rewarded, voted forward by the members of the association themselves.

The WHY SLAVERY? series is nominated for the Best Curated Series Award, amongst fierce competition. All series that are nominated are well-deserving of the price, yet we of course hope that our WHY SLAVERY? series will win the award. We are immensely proud of what the series has accomplished so far, with the films being screened in the European Parliament, the Foreign &Commonwealth Office and on local broadcasters all over the world. We believe our films are contributing to creating a foundation for a critical discussion of modern slavery, and how to combat it in the future.

We want to take this opportunity to thank all of the filmmakers that have been involved in producing the films for the series. Without their engagement and dedication none of this would have been possible.

‍Want to know more? Have a look at the production companies behind the films.

Maid in Hell - Plus Pictures

I was a Yazidi slave - Oxford Film and Television Limited