WHY SLAVERY? documentary series screened in Nepal for the first time 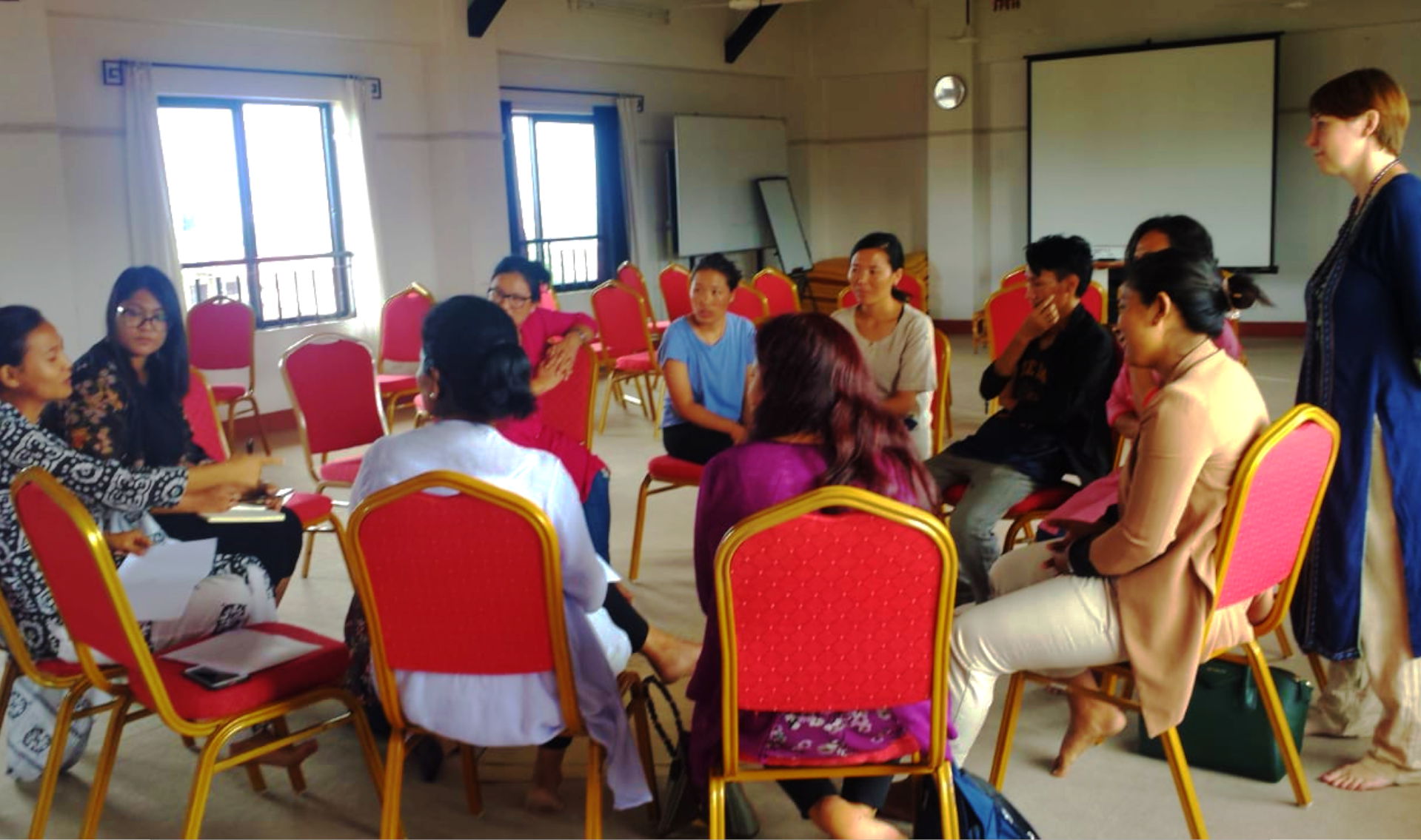 The acclaimed documentary series WHY SLAVERY? had its first screening in Nepal last august. Shedding light on modern slavery, the series got to the country thanks to a partnership between THE WHY and the Nepali branch of Sangat, a feminist network that advocates for freedom and gender equality.

By showing the award-winning documentary “Maid in Hell”, Sangat offered a glimpse of the harsh reality faced by migrant domestic workers across the Middle East - which is also a major issue in Nepal. With the screening, the organization brought together people from different walks of life and raised awareness about the fact that slavery still exists.

Pooja further said that despite the existence of a national ban on labor-permits to work abroad, women manage to leave the country using different informal channels. The lack of documentation, then, makes them more vulnerable to experience violations of human rights such as unending work days, sexual violence, and even death.

She also pointed out at the discriminatory structure of the caste system - a phenomenon of social hierarchy that creates professional divisions. “Sangat network has also raised its voice against the discriminatory caste system in Nepal. People belong to a specific caste are treated in a different way. This is another form of slavery - an ancient issue Nepal faces today”.

Pooja is of the view that the issue lies with the governments of poor countries who don’t bargain the terms and conditions with the host countries due to lack of political power. “They end up being like buyers - and we as the suppliers”.

Debate after the film
‍

The coordinator explained that the audience participated very actively in the post-film debate. Some argued that Nepali take the risks of working abroad because it is a powerful source of income. Others added that patriarchal societies like the ones in the middle-east nations use the power of economics to enslave women in need. The audience also suggested ways for the Kafala system to be put to an end.

This type of discussion is only possible because of the partnerships that THE WHY has established all over the world. From schools in underserved territories to UN conferences, showing documentaries about human rights is part of the work of the organization combat unequal access to information.

In Nepal, Pooja says that actions like screening WHY SLAVERY? films are fundamental  to raise awareness to help eradicate slavery. “It would be a great step to aware masses of Nepal by screening dubbed version of this documentary”  concluded the Sangat coordinator.

‍Want to organize a screening of documentaries in your community? Contact us at info@thewhy.dk