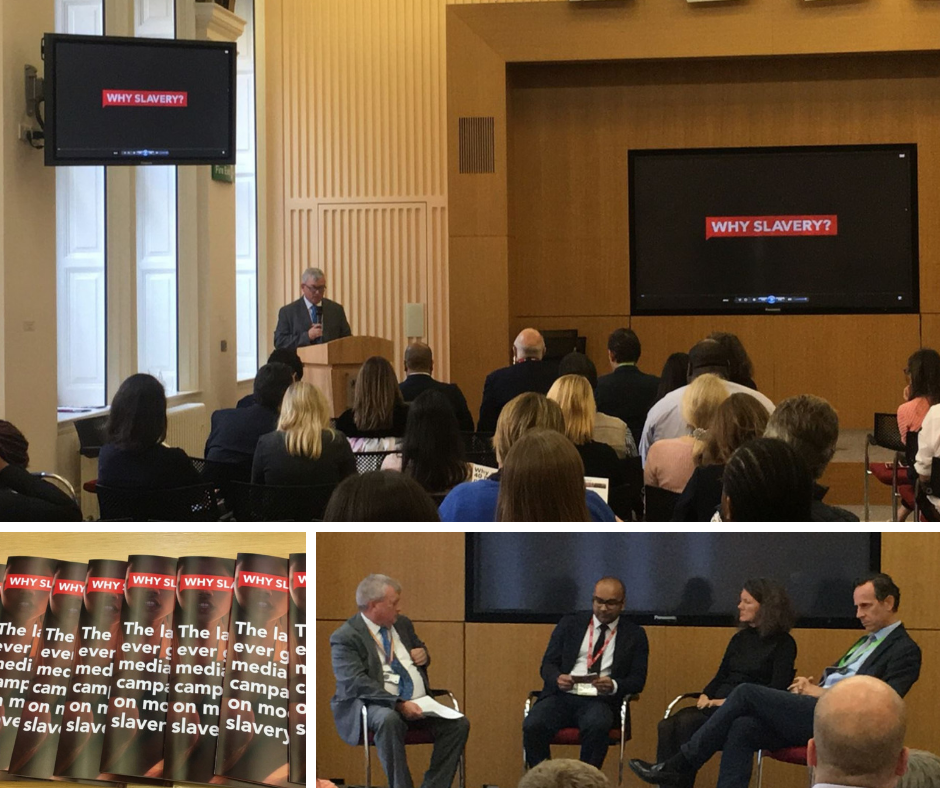 In addition to the screening, The WHY SLAVERY? Film Maid in Hell will soon be made available to all FCO overseas missions to view online and encourage discussions on how they can contribute to this important agenda.

In the lead-up to the UK’s Anti-Slavery Day (October 18th),this event sought to develop understanding of modern slavery, particularly in the form of domestic labour, among civil service staff. The screening was well-attended by staff from FCO and other Government departments who provided overwhelmingly positive feedback:

“It is so important that governments give a platform to civil society initiatives that are striving to make a difference in tackling the heinous crime of modern slavery. We wish The Why every success in their global campaign.”

From the event, there was a renewed recognition of the importance of cross-sector collaboration to tackle the nefariously complex issue of modern slavery. As the UK Home Office Engagement Lead, Robin Misir commented:

“On Anti-slavery Day,the Why Foundation’s documentary is a timely and incredibly moving reminder that we must all continue to work together both domestically and internationally to tackle this complex issue as well as listen to and support individual victims”

The positive feedback from the event highlights the important role documentary films play in exposing and informing people of human rights abuses around the world.

We’re delighted that the documentary’s impact will extend beyond the event screening, by being made accessible to all FCO staff via the government’s internal intranet system. We’re confident that this collaboration will better equip civil society staff to better identify and make effective plans to eradicate modern slavery.

The success of this collaboration has further consolidated THE WHY’s commitment to extend the reach of documentaries to audiences around the world; from policy-makers in the UK to civil-rights activists in Peru.