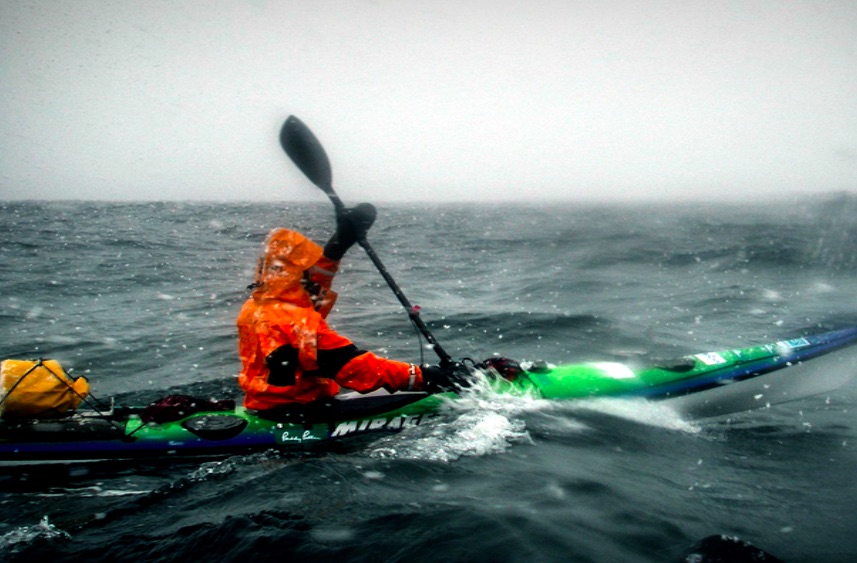 30 days on a kayak, seeing nothing but harsh waves around. The Australian Andrew McAuley was aware of the challenge that trying to become the first paddler to cross the Tasman Sea, one of the most dangerous of the world, consisted of. But he decided to go for it anyway.

Pictured on the documentary “Kayak Man”, McAuley’s adventurous life-story reaches its peak on his attempt of paddling alone from Australia to New Zealand. But this wasn't the first time he has put himself in danger. According to his friends and family, the Australian-born was an adventurous by nature - someone that sought challenging, extreme situations. His background included having paddled for 800 km on Australian Antarctic Territory, among other achievements. That made him confident that he could then cross the Tasman Sea on a journey of 1600 km.

Watch "Kayak Man", one of our two January Films of the Month, on Youtube.

Known as "the ditch", the Tasman sea is one of the wildest and loneliest stretches of ocean on Earth. "You may find 10 meter waves. How do you think you're going to feel about it?", warned Jonathan Bogais, McAuley's weather consultant, before the crossing. Even the Australian Maritime Safety Agency (AMSA) recommended that the adventure got cancelled.

But the paddler insisted on going. "I feel fear, but I don't necessarily fear being afraid. Because by being afraid, you face your demons. You're take in places in your head that you just can't be taken in a normal, everyday life", said McAuley, who worked as an IT consultant.

Filming the crossing and sharing his personal thoughts and feelings throughout the journey, McAuley collected a material that depicts the reasons why he decided to leave his family and risk his life for an adventure. Directed by David Michôd & Jennifer Peedom, the film is available at THE WHY's Youtube channel until the end of the January.

FILM OF THE MONTH PROJECT ‍

To honor our work of providing free access to information for everyone, we release one of our favorite documentaries for free on our YouTube Channel every first Friday of the month. This January exceptionally, we are providing two films. Read here about "Last Days of the Arctic".

Is there a THE WHY film that you would like to watch? Write us at info@thewhy.dk and tell us which film we should release next month.