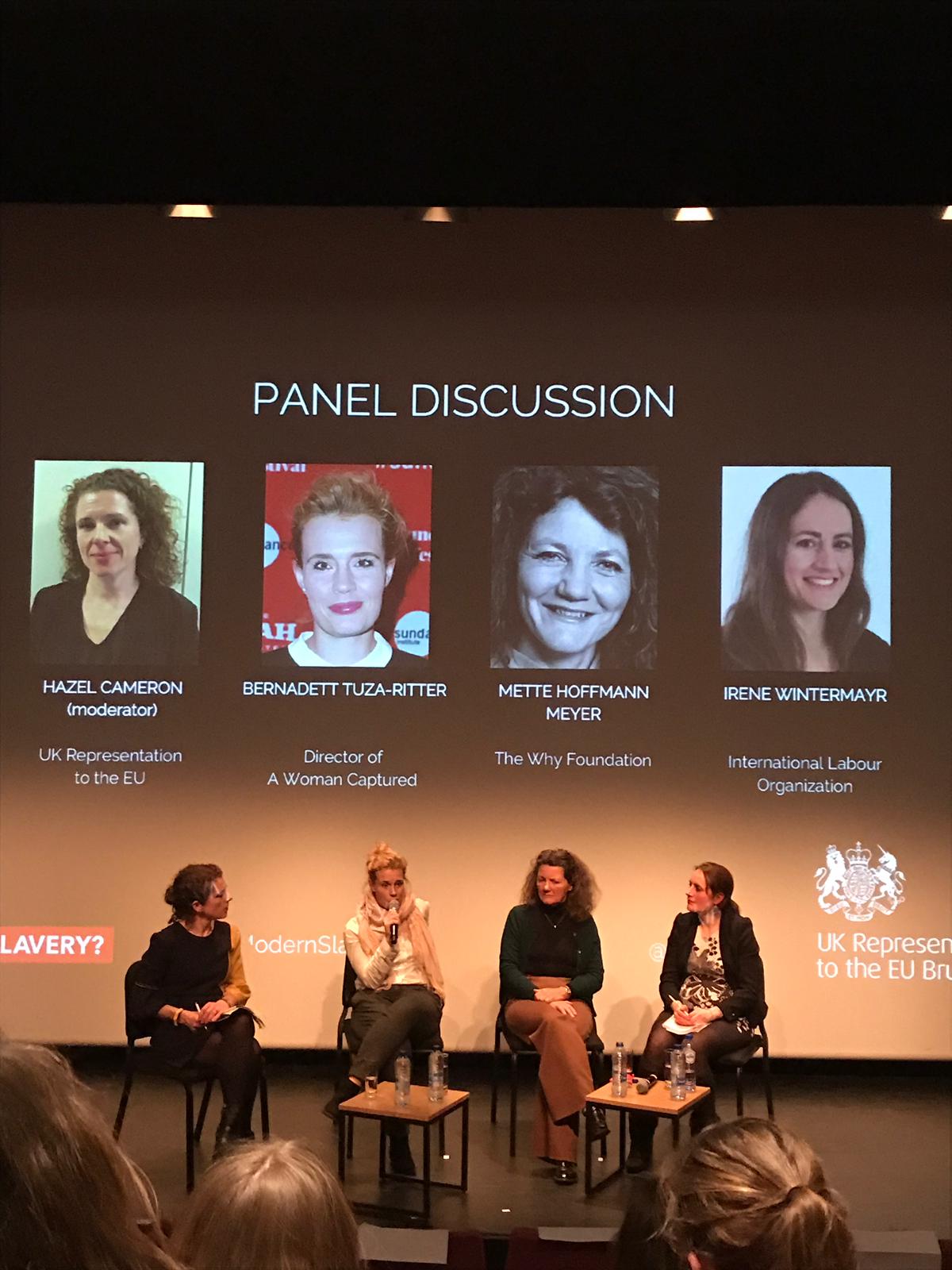 On the 19th of January, THE WHY Foundation continued its collaboration with the UK Foreign & Commonwealth Office with its latest screening of the award-winning WHY SLAVERY? film A Woman Captured in Brussels,Belgium.

The film provides a moving insight into the lived experience of people subject to modern slavery in Europe and was well-received by the 200-large audience in attendance. A Woman Captured provided the perfect impetus for an insightful discussion into the systemic causes fuelling human trafficking across Europe. THE WHY’s CEO Mette Hoffmann Meyer was joined by the film’s Director; Bernadett Tuza-Ritter and ILO Policy Officer; Irene Wintermayr to take part in the discussion.

THE WHY is committed to securing free access to information for people around the world and are encouraged by the positive feedback we’ve received from our partners:

“Why Slavery? A Woman Captured” is a remarkable film that raises awareness of the threats, fear and intimidation that go hand in hand with Modern Slavery.  Public awareness and education are crucial for eradicating Modern Slavery by 2030 as detailed in the Prime Minister’s Call to Action.”

We’re proud that the WHY SLAVERY? campaign is continuing to foster meaningful discussion across different sectors about the need for a nuanced and unified approach to ending the gross human rights abuse of modern slavery.